Following in the footsteps of previous winners whose lies included a magic mountain and a flock of sheep to travelling under the sea in a wheelie bin, the entry for the contest is now open to those hoping to be pinned with the ‘World’s Biggest Liar’.

The event is held in honour of the 19th century pub landlord, Will Ritson, who was famed locally for his ability to spin a dubious yarn or two. In true style, the contest allows the opportunity to those who can tell the most outlandish lie in eight minutes – without the use of prompts or a script. Held at The Bridge Inn, Santon Bridge the location is not just famed for the event but also as home to England’s highest mountain, deepest lake and smallest church.

The contest has gained in popularity over the years and has included contestants such as Sue Perkins, who is notably the only woman to win the event since taking the title in 2006, to a former Bishop of Carlisle. It is however going to take some beating to knock the reigning champion Mike Naylor off the top spot. Since he has been entering the competition, has won it no less than five times – could you be the one to do it?

The World’s Biggest Liar event takes place on Thursday 21st November with tickets on a first come first served basis. Tickets for the event are priced at £12.00 and can be bought from Jennings Brewery shop directly or by phoning 01900 820362 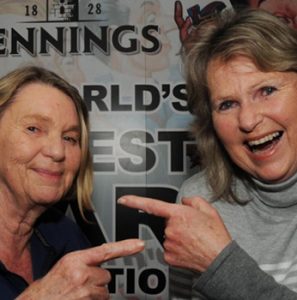